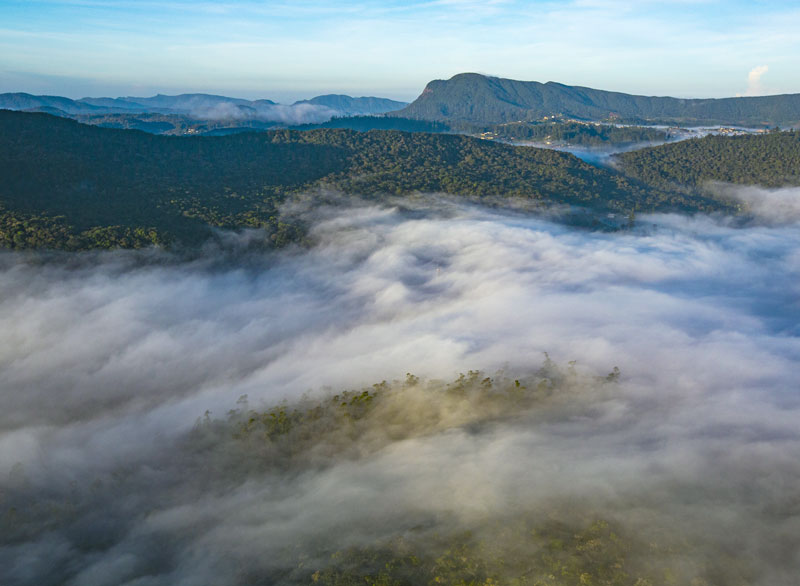 Nuwara Eliya is fondly known as Little England. It is in the hill country of the Central Province. The city is celebrated for its picturesque landscape and temperate, cool climate. Nuwara Eliya is closely situated to Pidurutalagala, the tallest mountain in Sri Lanka. The city was founded by Samuel Baker, the explorer of the Nile, in 1846. The city’s climate lent itself to becoming the prime sanctuary of the British Colonialists to immerse in fox hunting, deer hunting, elephant hunting, polo, golf and cricket. Today, the town is well visited by tourists and locals alike, especially during April, the season of flowers, pony races, go cart races and motor rallies. One of the distinctive features of the countryside is the widespread growing of vegetables, fruit and flowers usually associated with temperate Europe. The area around Nuwara Eliya is dotted with terraces growing vegetables and flowers, with tea bushes interlaced around on the steeper slopes. The slow-growing tea bushes produce some of the world’s finest teas.